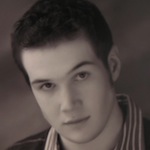 Jacob Bressers – Susan’s Assistant
Jacob Bressers is thrilled to be a part of Fat Guy – The Web Series! Originally from Wisconsin, Jacob moved to New York four years ago to study Musical Theater at Marymount Manhattan College where is he is now a senior. He was most recently seen in Marymount’s production of Sweet Charity (Carmen/Male Ensemble). Other favorite credits include Romeo & Juliet (Paris), Man of LaMancha (Barber), A Chorus Line (Mark) and Godspell (John the Baptist). When not performing Jacob works as a personal assistant and is actively auditioning. 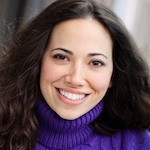 Carly Frankel – Production Assistant
Carly was most recently seen as Natalie in Mt. Carmel Theatre Company’s production of “All Shook Up” in Williamsburg, Brooklyn. Prior to that, Carly’s credits included The Soothsayer in “Hood”, Jennifer in “Forbidden Office” and of course, the PA in Caskey Hunsader’s “Fat Guy”. To keep up to date with Carly’s recent film, musical theater & new media projects, feel free to visit her site at www.CarlyFrankel.net, where you can find her resume, videos, music & more! 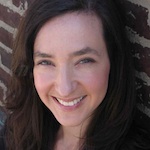 Daniela Francisca Thome – Account Executive
Having worked in mostly original work in New York, her favorite roles include Agua in Be a Carmina’s Tip of the Iceberg, as well as Maggie in Brett Epstein’s Life Without Joey. She also loved helping to create Oh de Sea!, where she played the goddess Athena directed by Tamilla Woodard of The Internationalists. At Nicu’s Spoon, she acted in Nicholas Linnehan’s Erosion, directed by Andrew Rothkin. She has also worked with the Gallery Players, The Barrow Group, The Lark, and The Stella Adler Studio, where she trained for two years. In addition, she produced and acted in Anton Dudley’s play BOB.

Most recently she acted and sang in Ninja Motorcyle Babes, which had its New York Premiere at The Fresh Fruit Festival and also played a fabulous Blue Fairy in the musical Cinderella created by newly formed Identity Theater (seewww.identitytheater.com for details!) Keep an eye out for her in the upcoming independent feature called Saudade?. She is very excited to be a part of Fat Guy!  Thank you Caskey and all of the fantastic cast, crew and viewers. 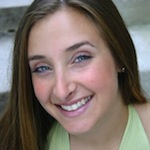 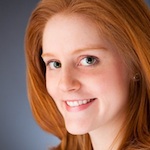 Emily Karpiuk – Cabaret Performer
Emily Karpiuk is pursuing her passion to perform in NYC, though, she is proud to be from Tree-Town, Ann Arbor, MI. She is a recent graduate from the Boston Conservatory, with a B.F.A. in Musical Theatre. Emily has sailed the seas as a featured singer with Royal Caribbean International, and toured the U.S. and performed in NYC with Brother Joscephus and The Love Revival Revolution Orchestra. Emily interned at the Looking Glass Theatre, and has had the opportunity to perform new works such as The Life And Death of Joshua Zweig, and Blaspheme. Emily will soon be appearing in My Three Angels as Marie Louise with the Hampton Theatre Company. 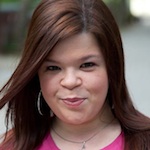 Marissa Rosen – Cabaret Performer
Marissa Rosen was just seen starring as Maria Pinnunziato in My Big Gay Italian Wedding. Off Broadway: Tony & Tina’s Wedding, Regional/International: FOOTLOOSE, Bare, SHOUT!, Smokey Joe’s Cafe, Footloose, Beware Bernadette, Urinetown, Grease, You Can’t Take it With You, Gypsy, & Into the Woods to name a few. Marissa originated the role of The Secondary Princess in the premiere of Disenchanted: Bitches of the Kingdom. Marissa holds a BFA in Musical Theater from NSU. Thank you Dustin, Eric and my amazing friends and family for their constant support. For my grandpa..Forever in the front row.. 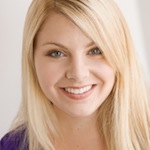 Erin Sjostrom – Cabaret Performer
A San Francisco Bay Area native now residing in New York City, Erin received her BA from the University of Notre Dame (Political Science and Music) and her Masters from the Boston Conservatory (Musical Theatre). She recently toured the US with If You Give A Pig A Pancake and Other Storybooks. Favorite credits include: The Last Five Years (Cathy), The Taxi Cabaret (C.C.), and Parade (Pretty Girl). When she is not performing, Erin enjoys shoes, the beach, and people who remove their metrocards from their wallets before they are standing in the middle of the turnstile [not necessarily in that order]. 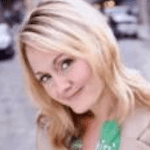 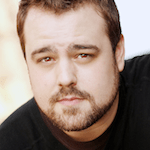 Sadly, we lost Jesse to the great stage beyond. He was a wonderful performer, friend and all around person. He will be missed dearly by his Fat Guy family and anyone who has ever had the pleasure of knowing him. 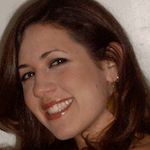 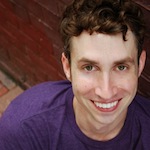 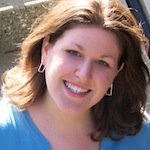